The times when, to the outside world, there seems not much going on are usually the times that are busiest. Take the past two months. Not a whisper of a new development. Behind the scenes, though — at the workshop, workrooms, factories, mills — it has been full steam ahead.

Lots, then, on the go. Lots of plates to spin. There’s the outerwear factory in heads-down, do-not-disturb mode, putting early autumn outerwear through the line, the knitwear maker juggling none-more-dense lambswool tuck-stitches and lightweight herringbone knits, and the pattern-cutter assiduously fitting and fine-tuning garments old and new. 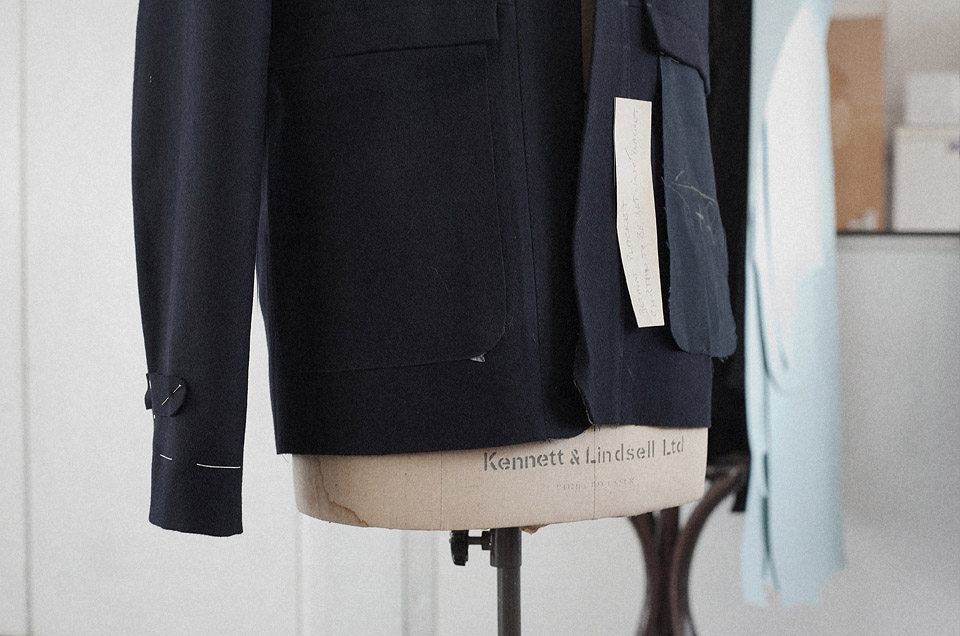 Among the latter is the development shown here. It and several others have become extraordinarily well-acquainted with Messrs. Kennett and Lindsell over the past few months, and subject to a loop of draping and and folding and pinning and returning to the drawing board / cutting table. Pattern-cutting undertakings have been of three broad types. There’s been the nitty-gritty of tie-spaces and collar angles. There’s been the arcane lingo of 45-linings, recess plackets, Prussian stands, and shoulder-caps. And then there’s been the fundamentals: the honing of front-back balance, the putting of weight onto shoulders rather than neck — apparently the best migraine remedy going — and the accommodating of anatomical obscurities such as the “gristle” at the back of the neck. 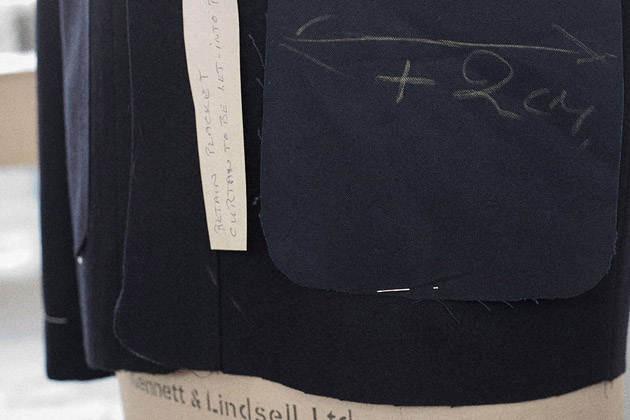 Classically trained pattern-cutting, this; pattern-cutting of the determinedly pre-digital old-school. Early prototypes going into sampling this week, and all being well, the quiet-busy endeavours of the past six months will see light of day from the start of September. 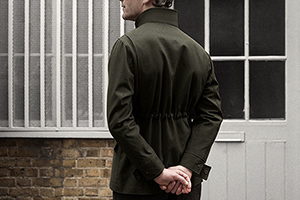